Love in the Time of Low Expectations 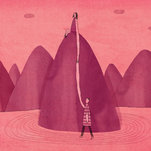 “Never count on a man,” her father had told her. “They will always let you down.” So she didn’t, and they still did.

The show’s over for Jean Paul Gaultier. The groundbreaking French designer — who famously made Madonna’s cone-shaped bullet bra — staged a final runway show in Paris after 50 years. The star-studded event showcased the 67-year-old style great’s last couture collection, complete with a runway debut by Paris Jackson, daughter of the late King of. . . 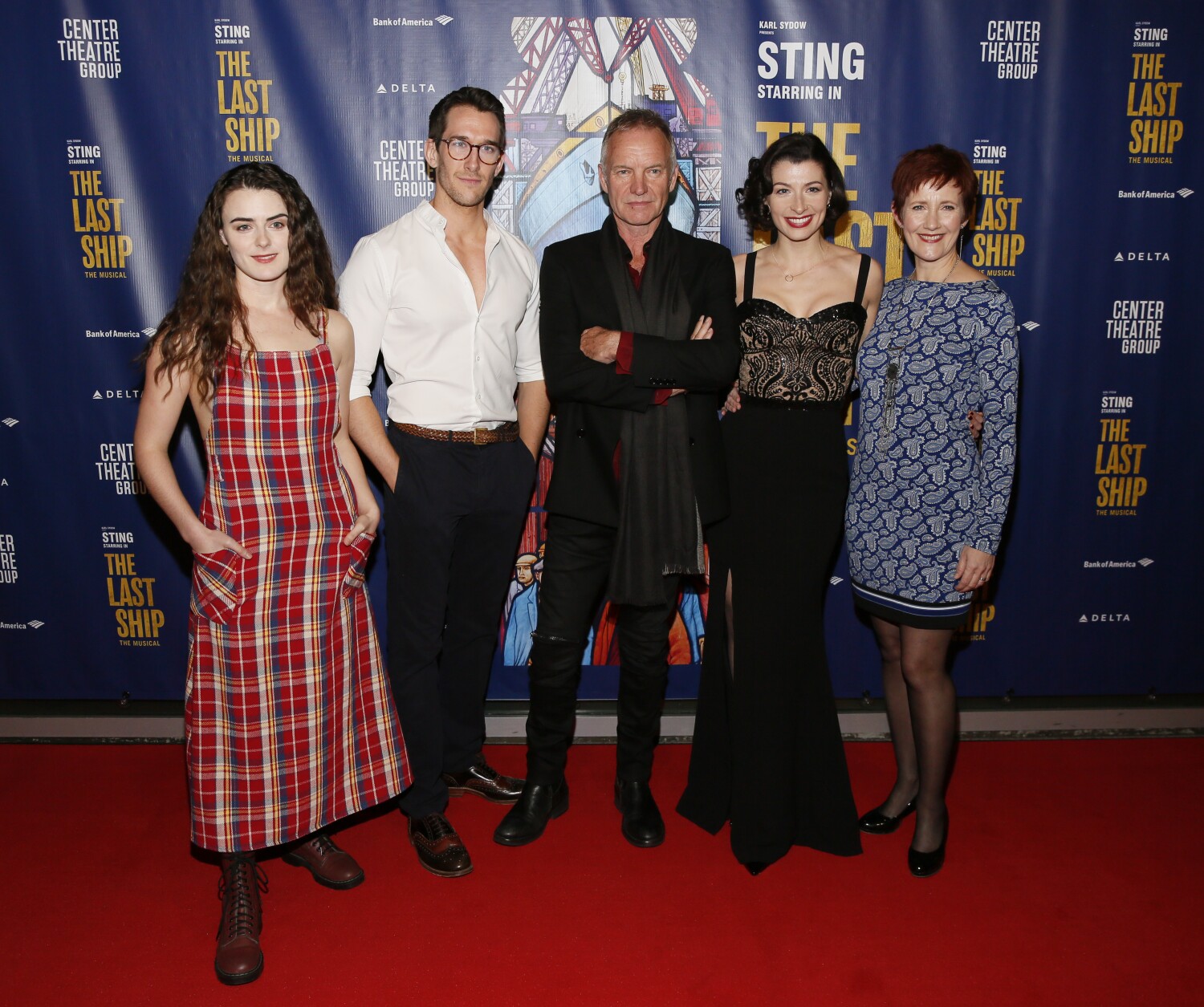 A star-studded crowd turned out to see the retooled version of Grammy winner Sting's musical.

The Return of the Power Pose

Spurred by series like Pose and RuPaul’s Drag Race, theatricality resurfaces on the runway.

The multi-year deal is the first of its kind for the iconic French fashion house. 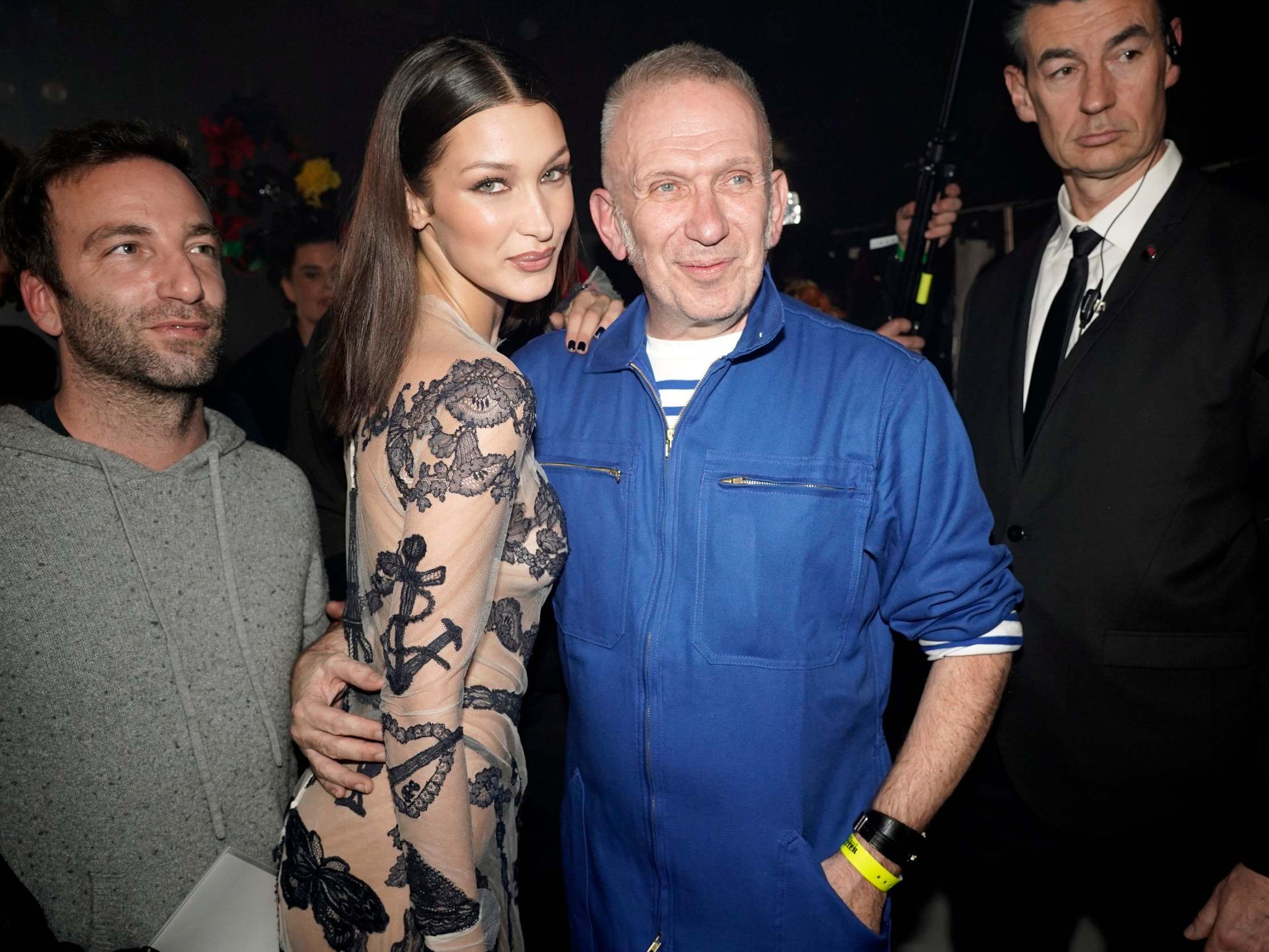 Aliza Licht@AlizaLichtThere are people out there who don’t make their beds...4 hours ago26 January 2020

Aliza Licht@AlizaLichtRT @JudithKingston: My great-grandfather was the director of the Jewish hospital in Amsterdam during WW2. One day the Nazis came to collect…16 hours ago26 January 2020

Aliza Licht@AlizaLichtRT @chrissyteigen: found a Grammy dress. hope u hate it. like to keep u busy17 hours ago26 January 2020

Aliza Licht@AlizaLichtMy daughter is 12 and we’re not there yet twitter.com/schmooey/statu…17 hours ago26 January 2020

Leandra M. Cohen@LeandraMedineI’ll be happy if in 2020 I can get through just like, one exercise class without peeing in my leggings.4 days ago22 January 2020

Leandra M. Cohen@LeandraMedineThe latest paradox of parenting: while I fully subscribe to the thinking that disobedient kids make for more dynami… twitter.com/i/web/status/1…1 week ago19 January 2020

Chiara Ferragni@ChiaraFerragniRT @voguemagazine: It's been 10 years since @ChiaraFerragni launched her blog, The Blonde Salad, and a new documentary about her career mar…3 weeks ago02 January 2020

Katherine Power@KatherinePowerI think it’s time to spread some positivity and holiday cheer. With that, I’m asking @Postmates to help me check of… twitter.com/i/web/status/1…1 month ago19 December 2019

Chiara Ferragni@ChiaraFerragniRT @BritishVogue: It’s been 10 years since The Blonde Salad by Chiara Ferragni launched her blog and the documentary dutifully marks how fa…2 months ago29 November 2019

Chiara Ferragni@ChiaraFerragniRT @Modaddicted: If you are looking for inspiration, go watch now the #ChiaraFerragniUnposted documentary on @PrimeVideo @ChiaraFerragni wh…2 months ago29 November 2019

Leandra M. Cohen@LeandraMedineShould I start wishing people a good weekend on Sundays in anticipation of the following Friday?3 months ago03 November 2019

Leandra M. Cohen@LeandraMedineRT @lapresmidi: Two psychics who read my astrological chart at the beginning of 2019 said October would be the end of an era for me, maybe…3 months ago02 November 2019

Leandra M. Cohen@LeandraMedineRT @ManRepeller: "I’m just looking for a frame—I was sent by my karate master."3 months ago29 October 2019

Leandra M. Cohen@LeandraMedineIf you've ever wondered about the life and times of a professional magician, I give you this: manrepeller.com/2019/10/justin…3 months ago25 October 2019

Chiara Ferragni@ChiaraFerragniRT @FootwearNews: .@ChiaraFerragni has banned disposable water bottles at her Milan headquarters as the brand makes a move toward further s…3 months ago15 October 2019

Eva Chen@evachen212I have literally never been mentioned alongside 99% of the names in that newsletter... first time for everything! twitter.com/brianstelter/s…2 years ago24 April 2018

Eva Chen@evachen212RT @voguemagazine: .@evachen212—head of fashion partnerships at Instagram and former editor of Lucky—is adding another line to her already…2 years ago23 April 2018

Eva Chen@evachen212Lol please feel free to buy it before you have kids too 😬 twitter.com/jabogen/status…2 years ago23 April 2018

Eva Chen@evachen212GUYS I WROTE A BOOK!! Ahh! Thank you @voguemagazine for breaking the news about @junovalentine 🌈 vogue.com/article/eva-ch…2 years ago23 April 2018

Eva Chen@evachen212This made me weep all of the tears. Read this thread and remember that hope and good can prevail!! twitter.com/whoisgarylee/s…2 years ago13 April 2018

Eva Chen@evachen212RT @NYTmag: How did @evachen212 become head of fashion at @instagram? "When social media first came along I loved it. ... I became known as…2 years ago24 March 2018

Katherine Power@KatherinePowerTrying to cut back on my disposable water bottle consumption. Loving my new Contigo AUTOSEAL… instagram.com/p/BWQcbpbDLhz/3 years ago07 July 2017

Katherine Power@KatherinePowerWe are hiring in our Product Department! lnkd.in/g2sZr_C3 years ago20 April 2017